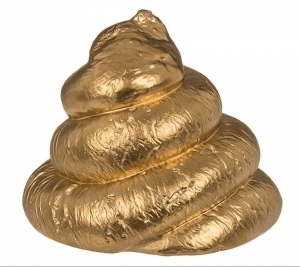 I confess that I once had a profound revelation on reading a book by Paolo Coelho. Unfortunately, I don’t think the author intended it. A Brazilian friend lent me The Alchemist in Portuguese when I was learning that language, saying that it would probably be OK for my intermediate level. She was right.

The curious revelation ocurred about halfway though the novel when I realised that I still had no idea what period it was set in. It could have been 2000 AD or BC. For those of you who have not yet read the story, I’ll save you the ordeal: it tells the tale of an Andalusian shepherd guiding his flock around southern Iberia, then the Maghreb. However, despite the chance to describe such jaw-droppingly beautiful scenarios, the descriptions of said surroundings are few and far between, with the result that the reader has little clue as to even what century the writer is referring to. Then suddenly, almost as an aside, the author mentions the main character brushing aside plastic strips in the doorway to a rural house. “Ah-ha! So we’re in the second half of the twentieth century at least,” I thought. Pure genius. Or pure idiocy? Why did he us such a kitsch detail and so flippantly in order to give the reader such a significant nugget of information? Was he being refreshingly clever? Or was it a startling oversight?

I was reading the book in the nineties at a time when I already had years of reviewing other people’s texts behind me and it occurred to me that this book had obviously been proofread and reviewed several times. Surely the proofreaders had noticed this glaring lapse? Or perhaps they also considered it to be the groundbreaking idea of a genius? Or did they notice such failings but realise the book still had the potential to sell millions, rather in the same way some talented film directors make childish action movies to pay the yacht’s bills? At the time, critics were also debating if Almodovar’s daring shots and montages were the work of a creative genius or a madman who didn’t know what the hell he was doing.

After the book’s denoument (spoiler: the hero discovers that true alchemy isn’t material but metaphorical bla, bla, bleurgh), I had made up my mind about Coelho, but the jury was still out for Almodovar (and still is). Yet after decades of working with other people’s texts, the dilemma remains: when we come across a turd, is it right to put a shine on it? Or should we be faithful to the original turd? Or should we turn it into a rose that looks and smells nothing like a turd? Maybe the author intended it to be a turd anyway? Surely the readers have a right to know if it is a turd or a rose as accurately as possible?

Fortunately, all such dilemmas can be cleared up with a simple technique: ask the author. Do it as tactfully but honestly as you think suits the particular author, pointing out possible writer’s lapses and asking them what they meant to say and what effect they intended to have on the readers. And who are the intended readers? What exactly is the author trying to tell them? Why? How?

And above all: what is the text for? If the intention is to sell millions of books, then Coelho’s publishers are the real geniuses. And cultural sadists.